‘I Am Focused on Getting My Life in Order’

‘I Took My Weakness and Made it a Strength’

‘This Is Where My Miracle Happened’

‘MHALA Loved Me Back to Life’

Merle was enjoying life in Arizona in 2008, just before the Great Recession. He had worked his way up to quality control manager at a warehouse. His hard work awarded him a nice apartment, a new car, and a high credit score.

The day he was laid off, he says, “was like being on a sinking ship.” He was out of money within weeks. Merle spent six months living in a shelter, then on the streets of Phoenix.

“When you are on the streets, you become isolated from society,” he says. “You have no community anymore.”

Merle made his way to Long Beach, yet his homelessness stretched on. His mental health continued to deteriorate. “I was familiar with how horrifying and crippling being homeless was. I was getting very confused.”

When he finally heard of a place called Mental Health America of Los Angeles, “The hardest thing I had to do was go in and ask for help.”

Respecting what Merle wanted for himself, MHALA began the process of building a community of support around him. He was diagnosed with social anxiety and depression. “We tried medication — but that wasn’t the answer for me.” He instead concentrated on learning coping tools to manage his anxiety and develop boundaries to sustain healthy relationships. His personal service coordinator linked him to resources like Supplemental Security Income. Although Merle didn’t have a problem with substance abuse, the only place in which he could afford to live was a sober living facility — but he didn’t mind the rules there.

MHALA’s education team encouraged Merle to take a class at Long Beach Community College. He chose an English class and has recently put some thoughts to paper, finding it therapeutic to “slow down confusion by putting it into language.”

An MHALA employment specialist connected him with In-Home Supported Services. He became a health home aid worker, helping another member with physical and mental challenges. Merle would take him on walks, do grocery shopping for him, and assist him with daily living.

Merle became qualified for supportive housing. Now healthy and housed, he has “graduated” to MHALA’s Wellness Center for skills-building and lesser levels of care.

Just as we have all struggled to maintain a sense of connection during the pandemic, Merle has missed the dynamic of in-person rapport. Yet he stays connected through regular check-ins at the Wellness Center and participates in activities such as Wellness Through Words, a book club partnership between MHALA and the Long Beach Public Library.

“MHALA gave me a community,” he says. “I believe very strongly that we really need that to feel connected. Now I have a really strong support system to listen to me.”

The reach of MHALA’s interdisciplinary teams is powered by our conviction in meeting individuals where they are, focusing on their strengths, and respecting their choices. Like so many of our members, Merle is always moving forward, turning hurdles into opportunities.

“I know I’m healthy by my sense of humor,” he laughs. “I cannot believe how I can carry on a conversation now. Things come up and they don’t overwhelm me.”

As the challenges of the pandemic stretch on, being overwhelmed is an all-too-familiar feeling for many. As community needs have increased, MHALA has grown to meet them, serving more people than ever before. In fiscal year 20/21, we served 16,774 individuals, helped 1,350 previously homeless members obtain housing, and assisted 481 members to obtain employment. Our growth during the pandemic includes expanded Veteran and Youth programs, a robust Street Medicine team, and new Resilience services to help the community deal with current trauma and fortify themselves in the face of future stressors.

“People think when you have mental illness you can’t do anything,” Merle says. When he encounters someone struggling, he tells them about MHALA. “Go in every day,” he tells them. “Let them know you need help.”

Can you make a contribution to support others like Merle? 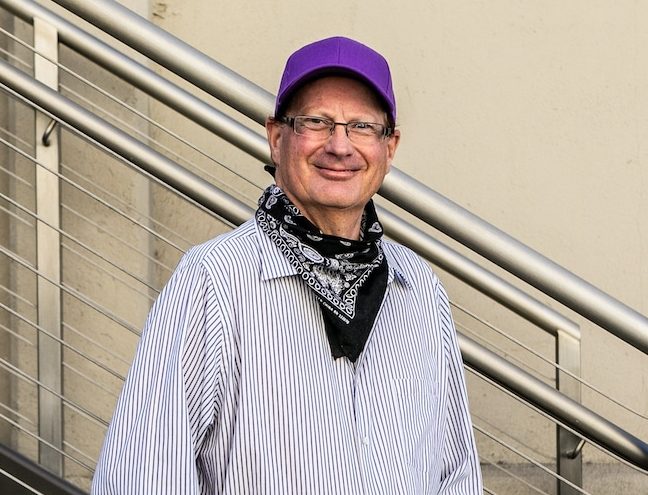